Human beings are naturally programmed to avoid danger, and that danger can be anything we perceive as a threat, especially to life. While extremely important for our survival as a species, especially during more precarious times in our human evolution, we find such subconscious thoughts manifest with the same intensity in present time, often without the potentially hazardous environment in which they are helpful. We have swapped the danger of the unexplored wilderness to an equally formidable landscape, the workplace.

During my extensive experience as an organisational coach, I have observed how people in companies struggle to feel relevant in a complex workplace system. They attempt to make sense of their place, often forgoing amazing opportunities to develop, grow and fulfil their potential. At least some of this is due to our limiting beliefs. We all have them, and what’s even more surprising is that we often don’t realise they are at play. 95% of our thoughts are formed subconsciously and our brains will happily oblige by avoiding those opportunities we feel we are incapable of achieving. So, without realising it, we are missing out on a great deal. We don’t consciously recognise that we have an opportunity to learn and grow; rather we want to avoid the shame of failure. The other very interesting factor related to limiting beliefs is that they are formed very early – from the ages of 0 to 6. It is those who are the most influential to us, such as parents and guardians, who help us form beliefs about our place in the world. In fact, most children subconsciously form a script about the path they will traverse through life just by observing the world around them.

“Think back to your childhood for a moment; was there a point when that fundamental belief about your inability to achieve something was formed?”

As such, experiences and exposures early on in life influence a great deal of what we are capable of and what we think we can and can’t do. Ever found yourself avoiding certain tasks, events or social gatherings? Or perhaps not going for that promotion at work, or not putting yourself forward for some event or task that you feel you won’t succeed at? Think back to your childhood for a moment; was there a point when that fundamental belief about your inability to achieve something was formed?

An event at my children’s sports day this summer put things into perspective for me. It was a beautiful sunny afternoon and I was relaxed watching the children partake in a well-organized event with so many brilliant young sports people. It was a real treat. Then an announcement got my attention: “We are preparing for the Dads race so if any of the Dads would like to take part to support their school house, please make yourselves known”. My initial thought was… well nothing. I ignored it. After all, there would be plenty of Dads coming forward to take part. As my eyes wondered over the tents where the young budding Olympians were preparing for their next event, my attention was caught by my two young children, waving their arms intently clearly trying to get my attention for some time. I could barely hear them shouting “Come on Dad! Join the race! Come on, support our school house!”. What my subconscious had been skilfully avoiding to bring to conscious thought had now been well and truly pushed front and centre. Me? I haven’t taken part in a race since my own sports day. I’d be no good at this. I’ll probably come last. I’ll probably fall over. I’ll probably…. You get the idea. While my mind was wrestling with the very possibility of me taking part in this race, in front of all the parents and children, it suddenly hit me. If I don’t take part, what am I telling my children?

It’s only worth trying if you can win. Failure is not an option! If I think I am no good at something I won’t even bother trying. It was at that very moment that I stood up, pushed all my limiting beliefs to one side and, for my children, marched over to their house tent to put my name down. I was all in, 100% committed. Now, what I was telling myself was changed to “regardless of the outcome, I would win”. How is this? Well I had given my children an important lesson: it doesn’t matter what the outcome will be, there is always a learning opportunity. And what’s even more important is believing you can do the best you can in any situation. Above all else, “my Dad thought he could do it, so can we”. You’re now probably thinking: well, what happened in the race”? I’ll spare you the eventful details; I came a respectable 3rd and was in 2nd position for a fair while.

“To effectively coach in organisations and create lasting change, one must coach by identifying and challenging limiting beliefs and turning these into empowering ones.”

Too many people in organisations suffer from feeling that they are incapable of making a difference and that it’s pointless to even expend any effort. From my experience and in my opinion, this stems from self-limiting beliefs and the fear of failure. To effectively coach in organisations in order to create lasting change, one must coach by identifying and challenging limiting beliefs and turning these into empowering ones. This means supporting people to help identify what limiting beliefs they have about themselves within the organisation, allowing them to explore these beliefs safely and above all giving them guidance they need to believe they can make a difference to their current situation.

My talk on Limiting Beliefs has been hugely popular and, having shared this across a number of Agile events, I will be doing it again at the Scrum Gathering in London in October 2018. After the gathering I will share the second part of this blog to dive deeper into some of the techniques as well as the Tranquil Mind Model which will help a coach bring their coachee into a state of mental relaxation where the most effective coaching can occur. 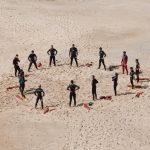