One of the competencies within the Agile Coaching Growth Wheel is Facilitation. This is one of the core stances of an Agile Coach. When I first became a ScrumMaster it was the first stance that I worked on developing as I was going to be facilitating retrospectives and product workshops. This was new for me and there was an obvious need for me to do this as a ScrumMaster to better serve my team and the business.

Facilitation is a process of guiding a group or team through interactions that help them create meaningful outcomes. As a facilitator you are neutral to those outcomes, your focus is on creating the right environment for group participation and guiding the process.

Facilitation is a profession in itself, with professional bodies such as the International Association of Facilitators (IAF). The competencies within the Agile Coaching Growth Wheel relating to facilitation are ‘guiding the process’ and ‘creating an environment of accountability’.

As a facilitator, your role is to help groups and teams set goals and manage their interactions to support the journey in pursuit of their goals.

In a facilitated session, your aim as a facilitator is to ensure the group is free to focus on the work, while you look after the process. At the same time that the team is engaged in collaborative work, you are listening, waiting, holding the space and time, clarifying, stepping in to challenge the team to think differently or to move the process forward.

Creating an environment of accountability

As a facilitator, your role is to focus attention on what is important to the group or team and leave the responsibility for action with them. The facilitator needs to hold the team accountable to what they say they will do and their plan.

It is important for any facilitated session that the team understand they are responsible for doing the work and owning the outcomes. Making this clear can happen before the session or as part of working agreements made at the start. It is also important that, by the end of the session, the group has something that they can continue to move forward with. The aim is to have created a new state for the group. This could be clear actions, some new thinking/awareness, or useful artefacts for their work. The idea is that the whole group has been involved in creating this new state and shared the responsibility for taking it forward.

To create this environment of accountability it is important to have psychological safety. This means the group has a level of emotional trust, that allows them to be open, challenge each other with respect, be courageous and not afraid to make mistakes. If this environment does not exist, your opening moves should be designed to create this.

The group also needs to commit to the goal of the session and commit to each other to achieve it. This is why establishing a clear and attainable goal is also an important part of a facilitator’s opening moves.

Before facilitating any workshop, it is important to prepare, understand the current situation of the team or group, and the desired outcome. Once you have that, it’s about designing the workshop in a way that takes them on a journey that allows divergent thinking around the topic. And ultimately allows the group to converge towards a new state.

Figure 1 shows the diamond of participatory decision making, adapted from Sam Kaner (2014), which also highlights the groan zone in the middle, where the group tries to integrate multiple frames of reference.

It is important to allow exploration in a divergent zone, in a way that everybody gets to participate. The aim is to create a mutual understanding of all the participants’ perspectives so that you can navigate the groan zone.  This allows the solutions that emerge to be inclusive of everybody’s wisdom. Finally, as the group converges, the facilitator will try to create shared responsibility for the outcomes.

This fell into place for me when I read the book Game Storming, Gray (2010). As a facilitator, you are creating games for your team. I realized that in most facilitated workshops you go through this diverge and converge sequence multiple times, each time taking the group from a current state to a new state. The new state just becomes the current state for the next game you play with them.

It may be that for a workshop you will have multiple games as multiple aspects of the topic need to be explored, or new topics emerge. In large workshops, you may even have sub-groups playing different games simultaneously as they explore different aspects of the topic, before bringing back their findings to the whole group. Let’s look at an example of this.

Example Design for a Retrospective

Figure 2 shows a plan for a team’s retrospective. The team had already agreed on a theme of wanting to explore how they could improve quality. So, I designed a retrospective around the five-step process described in the book Agile Retrospectives, Derby (2006). Effectively designing the retrospective so that the team would diverge and converge as several games are strung together. 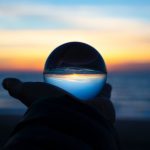