The History of Scrum Gatherings

I love a bit of history and with the New York Scrum Gathering not happening this year, I decided to take a look back at some of the gatherings that I had been to and some that I missed.

My first gathering was back in 2007, in the very town I was then living in London.  The first of 3 gatherings to take place in that city, 2011 and 2018 were the other two.  I believe Orlando is the only other place to have hosted 3 gatherings 2009, 2010 and 2016.  I remember Mike Cohn running a session which included the CDE model which he talked about in his Succeeding with Agile Book.  Colin Bird and Rachel Davies ran a session on their experiences of Scaling Agile, much of what they talked about we would recognise the same patterns and organisational challenges of today.  I also remember an entertaining talk from Andreas Schliep ‘The Coaching Trap’, with lots of anti-patterns for Agile Coaches, which was of interest to me as a relatively new Agile Coach.

My second gathering was in Chicago 2008, my first time in the states and learnt the hard way that I needed to take my passport with me if I wanted a drink in a restaurant. A few things stuck out for me.  The biggest is a comment made by somebody we all respect on a panel discussion, it was something like “We talk about Scrum, ScrumMaster, Product Backlogs, to show that it is different from what came before.  If we are still having to talk about those things in 10 years time we will have failed, working incrementally and iteratively with teams should just be the way we build stuff.”  Well we are well past 10 years, maybe we have failed, maybe we have succeeded but we are using Scrum in areas of software, or maybe they were just being optimistic.  I also saw Lyssa Atkins speak for the first time and I learned the ball point game, which has been a staple in my training ever since.

London 2007 had tracks of speakers, already 100s of people in attendance.  Although I was told by my mentor at the time Colin Bird that the earlier gatherings had been just a handful of people who were still experimenting with the application of Scrum and sharing their experiences.  Somehow I have an image in my head of them sitting around in a circle telling stories and learning from each other.

Here’s what Colin remembers: “The first gathering I went to was the Boston gathering (in 2005), Steve Garnett and I flew over from the UK. We couldn’t believe we were sitting in these little workshops, that literally were a group of chairs in a circle around a flipchart, with the likes of Ken Schwaber, Mike Cohn, Gabi Benefield, Mary & Tom Poppendieck and Ester Derby.  The final evening dinner was small enough that it occupied a part of restaurant; I remember Ken was made to sit in a chair that looked like a throne”

I believe the first Scrum Gathering was organised in 2004 in Vienna by Boris Gloger and is mentioned in a post by Rachel Davies when writing about the second event in Boulder, Colorado in the same year.  So it seems we came full circle the first and the last (so far) Scrum Gatherings were in Vienna.

From my memory and my searches on the internet I have identified over 30 global gatherings, this doesn’t include the regional ones. Most years there have been global gatherings in the US and Europe, with a few being staged in Asia.  Let me know what’s missing from the big list below, and maybe share your memories.  It looks like I may be missing some from the early days in Europe.

Portland 2007 A wiki from the time

Chicago 2008 A blog from Dave Prior

Stockholm 2008 With a Keynote from Jeff Sutherland

Orlando 2009 The open space, a picture

Orlando 2010 Reflection from an attendee

Orlando 2016 An interview with Ken Rubin

Minneapolis 2018 Blog from Dave Prior

London 2018 Reflections from an attendee

Vienna 2019 And back to Vienna

It was at Vienna 2019 that I gave a talk and demonstration of the Agile Coaching Growth Wheel and my colleague, Zia Malik, spoke about Principles over Processes.  We’re looking forward to the next gathering, as soon as the world allows! 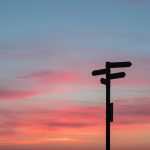 What is a Sprint Retrospective?Scrum, Scrum Events, Scrum Fundamentals