Reading the newspaper over breakfast this morning, I came across an intriguing article regarding a newly discovered species of ant in Borneo, the Colobopsis explodens ant. This got me thinking about the mindset that Scrum Team members should have.

What has this got to do with Scrum teams you might be asking yourself?  Well, in fact, quite a lot. I am not suggesting Scrum team members should explode themselves in service of the team. I’m not sure health and safety or the personnel department would like that much! But what is important is that, like the ant, Scrum team members serve the team and put the team’s needs above their own, putting the team first for the success and health of the team. Much like the ant puts the survival and success of the colony over their own needs.

As a Scrum team member I put the needs of the team over my own, I serve the team, I hold and honour the team’s agenda and if we all do that the team succeeds and is healthier for it. What’s more, in doing so, we as individuals also succeed.

Scrum team members; think and act like the Colobopsis explodens ant, but don’t go quite as far as exploding yourselves! 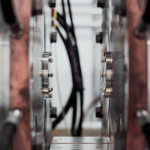 Why teams are historyTeam and Leadership